750 employees, 112 years of experience, and one mission

As one of Germany’s oldest and largest construction service providers, the Lupp corporate group has stood for building quality and competence for 4 generations. Our 750 employees carry out a wide range of ambitious projects throughout Germany and beyond from our headquarters in Nidda near Frankfurt.

Our aim has always been to be among the best in everything we do. Because of this, we build on our experience from over 100 years of company history, combining it with state of the art construction technology. Our services range from development to building to operation, covering the entire real estate life cycle. The issue of sustainability is of central importance at Lupp, with the goal of reducing consumption of energy and resources to a minimum throughout all of a building’s life cycle phases. Our mission: we build the future.

Lupp by the numbers

Lupp is a family company that was founded in 1910. From a small bricklaying company, it has developed into one of Germany’s largest mid-sized construction service providers. As a general contractor, Lupp is able to handle almost all work areas when carrying out building projects, and cover the entire life cycle of a property from a process-oriented standpoint.

Into a future of success together 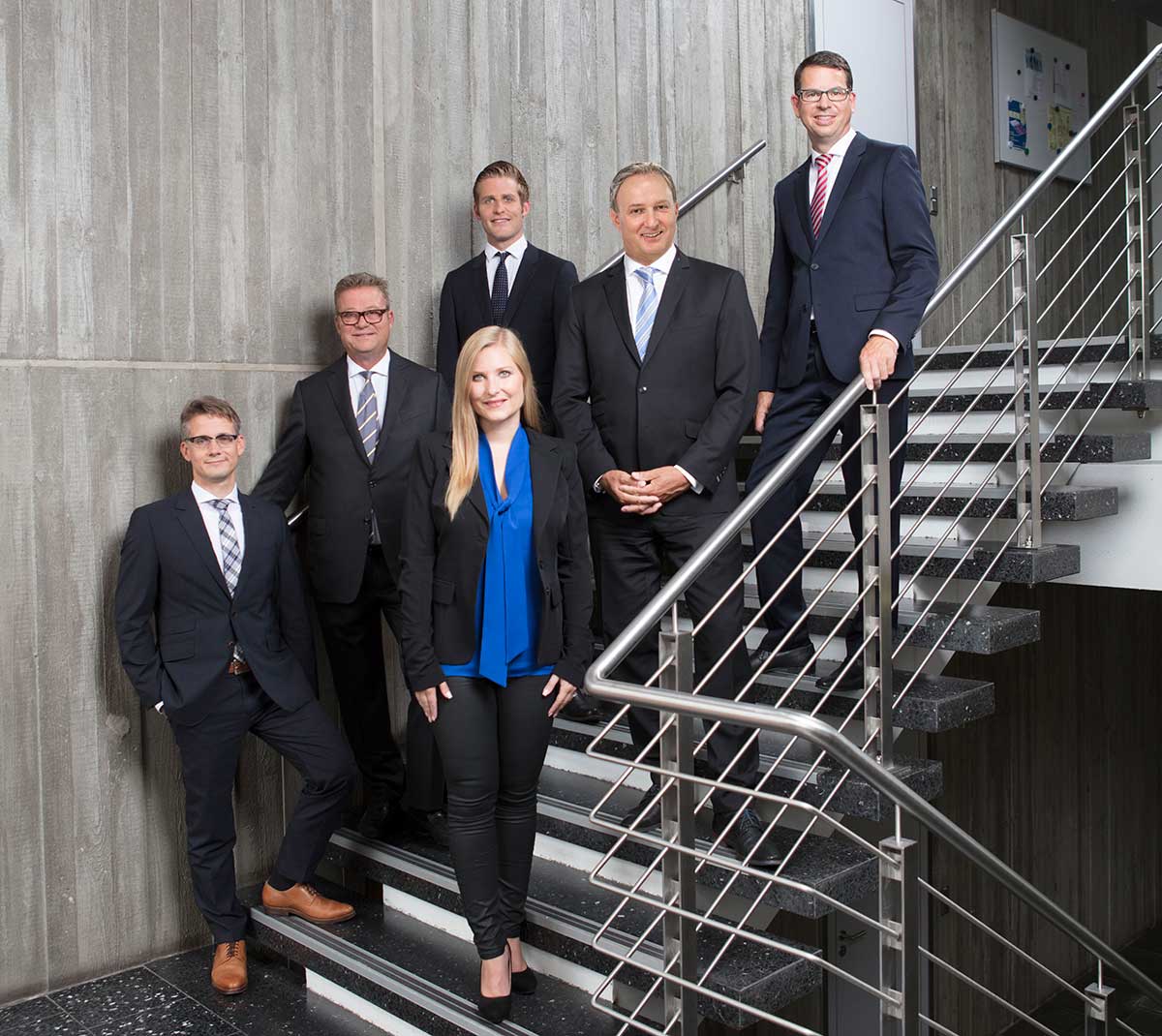 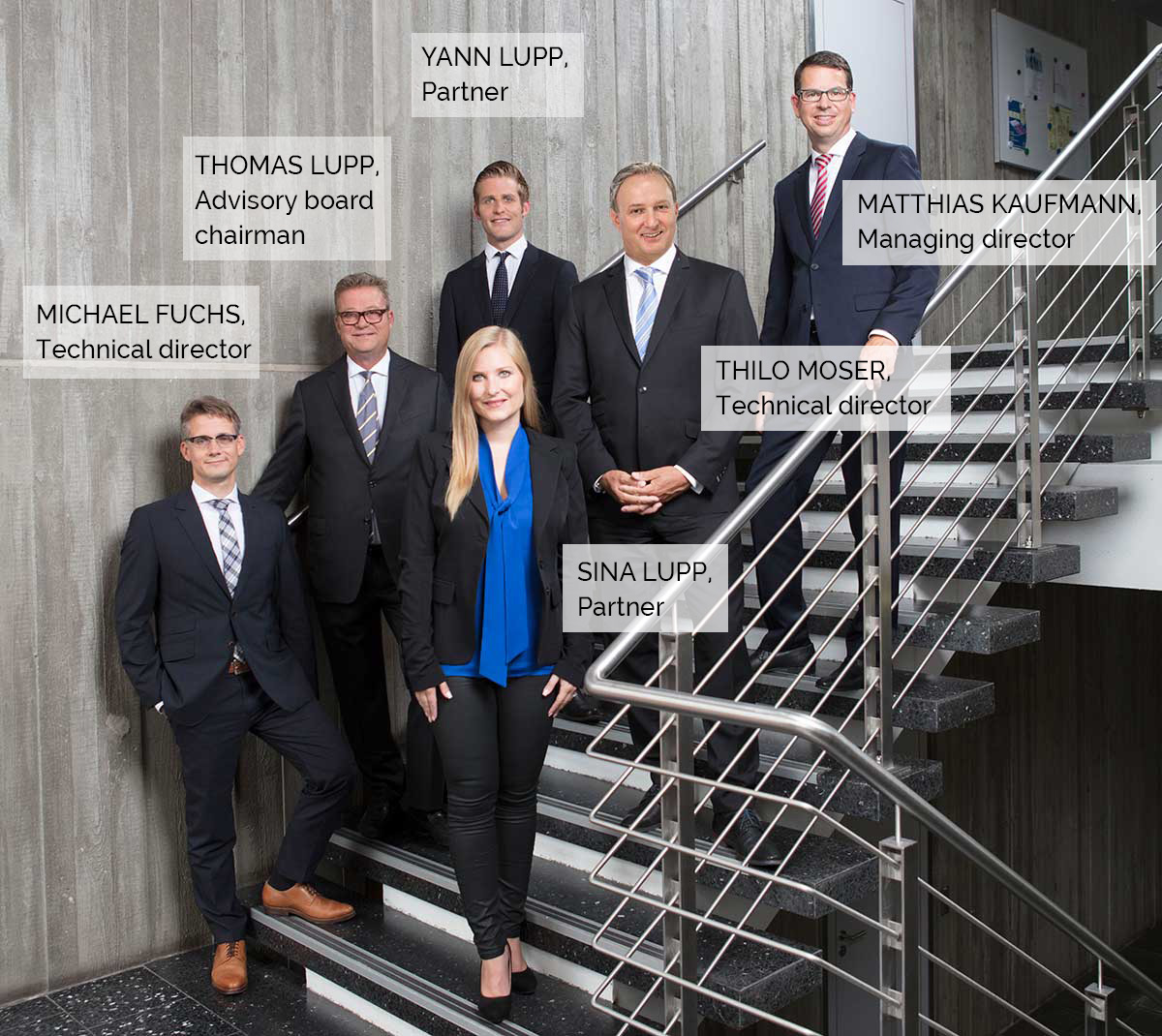 Lupp – more than a construction company

We have been building the future for over 100 years. We do more than just classic construction. Our services also include project development that begins long before construction does, as well as comprehensive operation of the new building to ensure long-term value preservation. By doing so, we succeed in optimally coordinating all processes throughout the entire life cycle of a property. Highly specialised teams are available to serve you in the individual areas of development, building, and operations at our main company and at Lupp corporate group subsidiaries. We have a total of 13 locations – 11 within Germany and two abroad: 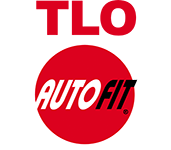 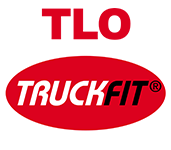 Our company’s story began 112 years ago: a small family company, its first horse, 10 employees. On that foundation, we lay the cornerstone for a corporate group that continues to shape our region. Today, Lupp is one of Germany’s largest mid-sized construction service providers with approx. 750 employees, and has stood for building quality and competence for 4 generations.

Adolf Lupp becomes self-employed after completion of his two-year military service and registers a bricklayer business in Nidda at the Mühlstraße 24.

Adolf Lupp passes his examination as a master craftsman to be able to train apprentices. A horse and cart are purchased to carry the necessary construction material.

Start of World War I. Construction works are suspended since Adolf has been drafted as a soldier for four years.

The son of the master bricklayer Adolf Lupp and his spouse Emma Lupp is born on 29 January, also named Adolf.

Adolf Lupp returns from the War.

Activities of the bricklaying business are continued, and the first apprentices are hired.

The second son of Adolf and Emma Lupp, Karl Ludwig, is born on 14 April.

Inflation period. Master mason Adolf Lupp supervises the construction of the District Office in Büdingen. Much money of little value is paid for construction work.

Expansion of the machinery with a staff of 10 to 15.

Start of initial construction activities for the paper mill in Ober-Schmitten.

Construction of new residential buildings in Nidda and vicinity.

Acquisition of the first own truck.

The pre-war boom continues. There is a lot of activity at the troop exercise areas and on Harb’s military airport. The company employs already more than 100 workers.

Karl Ludwig Lupp begins his academic studies as an engineer in Mainz.

Karl Ludwig Lupp passes his examination as a civil engineer in Mainz, enters the armed forces and is in combat.

Registration of the construction company Lupp in the Commercial Registry. Foundation of a branch in Frankfurt on the Main.

Birth of Henning Lupp, son of Adolf, Jr., and Hildegard Lupp on 26 April. In the same year, Adolf Lupp, Jr., has been reported as missing in action.

Karl Ludwig Lupp returns from the War unharmed and takes charge of the company’s Frankfurt branch.

The number of employees has risen to more than 200. Thomas, the son of Karl Ludwig Lupp and his wife Christa, is born. The business premises are transferred to Schloßgasse 34 in Nidda.

Purchase of a property in Frankfurt for a new administrative building.

Lupp builds its first prestressed concrete bridge over the Nidder in Altenstadt. 50th anniversary of the Lupp construction firm.

Founding of the Oberhessisches Spannbetonwerk GmbH subsidiary company. Construction of factory workshops and a prestressing line of 100 meters in length in Nidda-Harb.

First major turnkey project in the form of construction of a secondary school in Büdingen.

Construction of bridges and passages for the Frankfurt–Giessen–Siegen autobahn highway.

Lupp constructs the largest chipboard plant in Europe for Hornitex in Nidda.

The first computer is utilised. Construction of another factory workshop for the production of prestressed ready-made bridge girders.

The number of employees adds up to more than 700 now.

Dipl.-Ing. Alfred Buss retires after 21 years of service. His successor at the Frankfurt branch is Dipl.-Ing. Horst Fleischer.

Lupp moves into the new administrative building in Nidda-Harb. The Lupp company’s move from the historical centre area of Nidda is now concluded.

Thomas Lupp commences working for Lupp after concluding his studies in civil engineering at the TH Darmstadt (technical university). A permanent office is established in Berlin.

Opening of a branch office in Haiti. Foreign contracts are completed in Libya and Algeria.

Shift of activities toward sewage plants and commercial housing construction.

Sina and Yann, children of Thomas and Ulla Lupp, the 4th generation of the family company are born.

Start of building activities in the new federal states in Eastern Germany. Opening of branches in Merseburg/Saxony-Anhalt and Gotha/Thuringia.

Annex to the office building in Nidda-Harb, built owing to increased space requirement.

Lupp obtains a contract for a ferroconcrete building in Ghana and is one of the biggest road builders in Ghana.

Lupp is awarded the contract for a bridge made of pre-cast segments, the longest ever, at a length of 207 metres. More contracts abroad in El Salvador and Haiti. Dipl.-Ing. Hans Ritz is appointed Director.

Lupp is awarded a 40 million DM contract in Belize (Central America) to plan a completely new town for 10,000 inhabitants and to carry out the complete infrastructure work. Stefan Hasenstab is hired as Controlling Manager and becomes the successor of the commercial signatory Fritz Ulbrich.

GFounding of Lupp Angola Lda. Opening of the branch office in Marktheidenfeld. Henning Lupp dies at the age of only 62.

Lupp Rohrleitungsbau GmbH with its headquarters in Frankfurt commences operations. Attorney Klaus Depold is appointed Director. Lupp is awarded the prize as “Training Company of the Year for 2008.”

Founding of Lupp Middle East LLC in Oman in a partnership.

Founding of VL Baumanagement GmbH in a joint venture with Volksbank Mittelhessen. Celebration on the occasion of the 100th anniversary.

The newly founded company Advisory Board begins its work under the chairmanship of Thomas Lupp.

Lupp constructs the Omniturm, the tallest building in the company’s history as yet at 189 meters.

Shareholders Sina and Yann Lupp receive power of representation and become authorised signatories. Lupp Netzbau moves into a site in Bad Vilbel which was newly constructed by Lupp. The headquarters in Nidda is modernised and expanded with a four-story annex.  Adolf Lupp Projekt d.o.o. is founded in Croatia. Mia Alin is born, the daughter of Sina Lupp and her husband Mark Sztyndera-Lupp.

Alia Mayla is born, the daughter of Sina Lupp and her husband Mark Sztyndera-Lupp. The Lupp corporate group employs 750 workers.

How can we help you?

Do you have a question concerning the Lupp group, would you like to learn more about our construction services,  or would you like to receive a customised offer? Contact us today. We will be happy to help you.